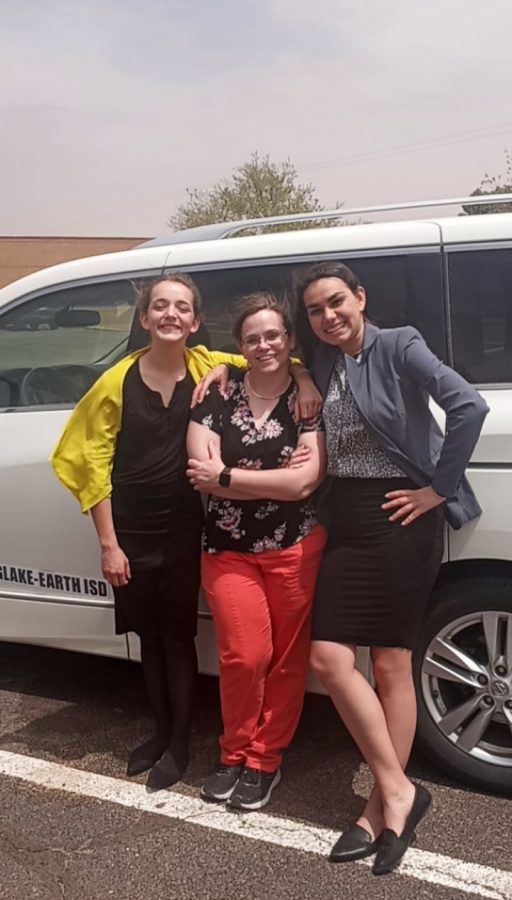 On Friday, a few UIL participants competed at the regional meet at SPC looking for a chance to compete at the state level. Journalism, math, number sense, science and speaking teams were a few of the many that traveled to Levelland to compete against others in the region.

“I was super excited about competing in ready writing. It’s my absolute favorite event and I love writing, so getting to advance to regionals again was a dream come true,” Anchondo said. “I practiced leading up to regionals more for ready than I did for any other event.”

There were more than 20 ready writing participants.

“I was kind of sad I didn’t place top three, but I beat a lot of people which is just reassuring in myself and my writing abilities,” Anchondo said. “I’m proud of myself and hopefully next year I’ll bring home a state title.”

“I was excited for persuasive, as well. I loved CX, so getting to do a speaking event was just the thing I wanted to do,” Anchondo said. “As soon as I drew my topic for finals, I knew it wasn’t going to be great, but I placed 5th overall also making me an alternate for state.”

“I was really impressed with myself making it to finals in persuasive speaking,” Mahler said. “I was put into the hard room for prelims, and me and Anna were both really excited to find we advanced.”

“After having such a long day and being in rooms back-to-back, when it came to competing in math, I did terrible,” Anchondo said.

Senior Sayler Beerwinkle placed in two of her four events. She was 4th in editorial writing and 6th in feature writing.

“As for everyone else, I am so so proud of everyone that competed,” Anchondo said. “We worked really hard this year in all of our events, and they stayed with it, put in dedication, and hard work. They all did fantastic.”

Furr is proud of each student who competed and knows making it to regionals is a huge accomplishment.

“I’m especially proud of my journalism girls and that we had two students in all but 2 of the journalism contests. All the students who competed worked hard and grew as individuals,” Furr said. “They showed the district and the region that SE has great students!”