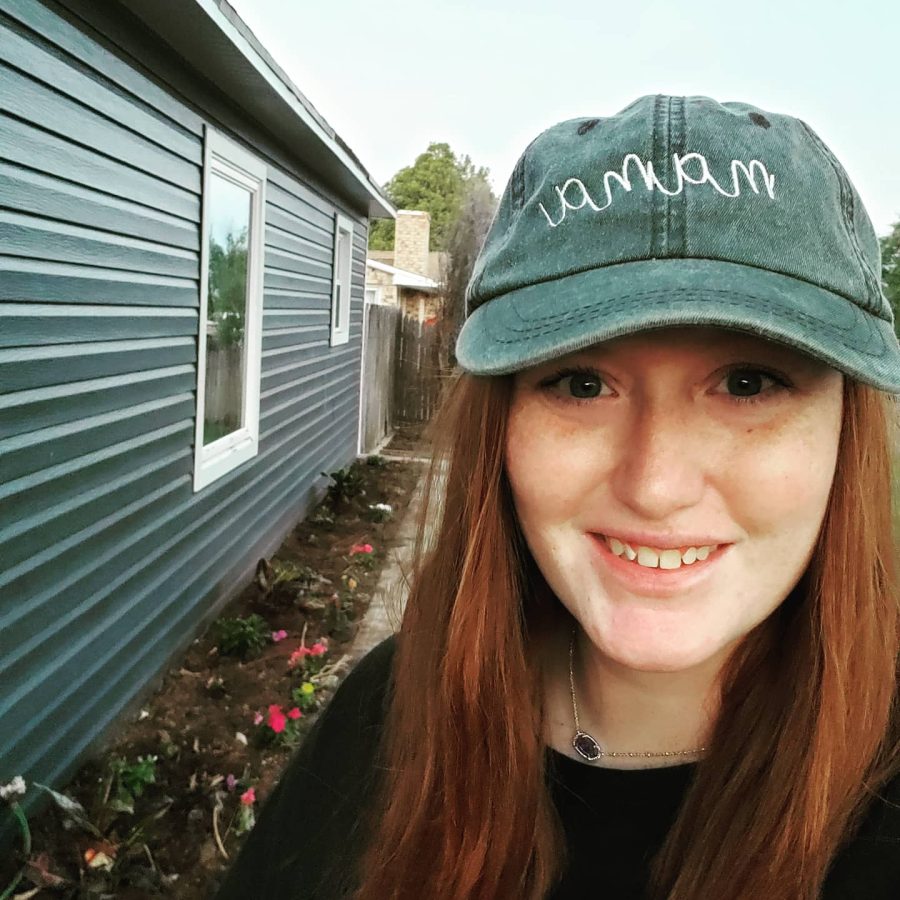 “The moments that stand out the most to me are when students do more than they believed they could. The moments when they realize they are as impressive as I already knew they were.” teacher Cassi Furr said.

Born in Broger, Texas, and raised in Stinnett, Cassi Furr is the English I, II, III, and business English high school teacher as well as the journalism and one act instructor. She also coaches various UIL events including any and all journalism contests and the ready writing event. Mrs. Furr attended West Texas High School in Stinnett before going on to attend West Texas A&M University in Canyon to graduate with a Bachelor’s of Science in Interdisciplinary Studies. Later, after becoming a teacher at SEHS, she went on to earn her master’s degree in educational leadership and also earn her principal certification to be an admin one day. Mrs. Furr is married to Jace Furr, and they share one son, Thomas. She loves spending quality time with her husband and being a mother to her baby. She also loves reading, watching plays with her mother-in-law, and binging shows on Netflix, including Grey’s Anatomy and the Bachelor.

Growing up, she never imagined herself becoming a high school teacher.

“I was never set on one career, and I was all over the place. I decided that when I went to college I was going to major in English with the intention of going to law school to become a divorce lawyer, but my freshman year of college, I decided I didn’t want to follow that plan,” Furr said. “So I briefly switched my major to marketing which I probably would have been good at, but it wasn’t for me.”

The summer after her first year in college, she worked as a lifeguard at Girl Scout camp where she fell in love with being able to teach kids the art of swimming.

“I would love seeing their happy faces when they would finally get something, especially diving, because they are so scared at first to try it, but after a few tries, they are glowing and happy,” Furr said. “That’s when I knew I had to become a teacher, so I went back and changed my major again two weeks before school started again.”

After deciding to be a teacher, she had to next choose what age level to focus on.

“I was going to school to be an elementary teacher. Those teachers dive into so many different subjects, and it’s why I decided to earn a degree in interdisciplinary studies,” Furr said. “Then, I met my husband, Jase, who introduced me to Cindy that happened to be the principal at SEHS.”

The thought of teaching at the high school level crossed her mind only after a position was mentioned to her by mother-in-law and SEHS principal, Cindy Furr.

“She told me that they needed a high school English teacher, and at first, I said that I wasn’t too sure about that position because I was trying to be an elementary teacher,” Furr said. “I thought about it and I prayed about it, and she had me observe a couple of classes, including one of Mrs. Parish’s. She then took me to meet Mr. Crum.”

After being engulfed in the friendliness of others at SE and the sense of home it brought to her, Mrs. Furr decided to take the position and give high school a chance.

“Everyone was so nice and friendly, and being a small school, it was comfortable. I always knew that I wanted to teach at a small school because I think that small schools make the best, well-rounded kids. It just felt right.”

The decision to take the position and become a part of the SEHS family is one Mrs. Furr is passionately grateful for and couldn’t see herself being anything other than a high school educator. However, being a teacher comes with great responsibility and difficulty.

Being a teacher comes with its own challenges, but the rewards of the job outweigh more than any hardship that comes about.

“I love getting to see the moments where students are just so proud of themselves,” Furr said. “Watching them be successful and be proud of that success is the biggest reward.”

Over the very few years she has been at SEHS, Mrs. Furr has inspired and taught students to be the best versions of themselves and encourage students to conquer challenges that will help further themselves.

“Mrs. Furr is a great teacher. I have had her in English, theatre, and UIL events,” senior Katy Jones said. “She’s always been very encouraging and she helps with anything, school and non-school related.”

Jones has been a part of Mrs. Furr’s one act play organization for several years, and it has been an experience that Jones has become very grateful for.

“Having her as my one act play director has been great. She has always seen my full potential and pushed me to be the best person I could be, on and off stage,” Jones said. “I wouldn’t ask for anyone else.”

Not only has she been an inspiration and a bright light for students, but she works hard to create those special bonds with her students.

“She relates to her students on a personal level,” Jones said. “She definitely has had an impact on my life, and I will miss her next year.”

Even though she knows that her future extends beyond SEHS, Mrs. Furr is happy to be a part of the SEHS community.

“I love my job. I love that I get to know my students and even on the hard days, I know I’m making an impact,” Furr said. “I hope that my students all know I’m cheering for them, when they are in my classroom and even after they leave it.”