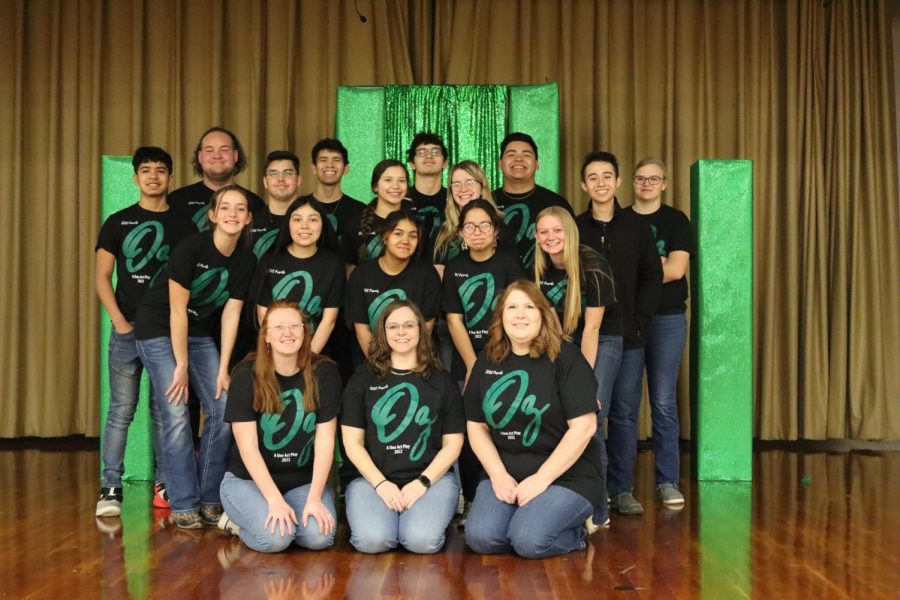 The One Act Play performed their play Oz for the last time last Tuesday the 22nd at Amarillo College. A few cast members received awards for their respective jobs, and the play as a whole was considered the Alternate Play.

Director Cassi Furr is proud of her group and how well they did this season.

“Our performance at Bi-District was our best performance yet, so I was very proud of them,” Furr said. “If you look at our critique sheets from the judges, they were full of positive comments.”

They are sad about not advancing, but Furr knows they gave it their all.

“I know they did the best they could,” Furr said. “In a contest where it is someone else’s opinion, sometimes that is all you can do.”

“One Act Play was fun this year, stressful, but fun,” Jones said. “I am sad it ended, but this year was really good.”

“I can’t tell you why we didn’t advance,” Furr said. “But I am very proud of the kids.”

“When they called me out to receive the best sound award, I was really surprised,” Samarron said. “I always second guess myself but it was all good, cause I am the best.”

Jones agrees that Samarron worked hard to be successful.

“Dorri joined the crew at the beginning of this semester but he fit in real quick and he did amazing on all the sound cues,” Jones said. “He deserved the best sound award, and our technical crew as a whole was really strong and they deserved winning the best technical crew.”

Furr appreciated working with the cast and crew over the OAP season.

“This group had such great group chemistry, and they loved each other,” Furr said. “The show was a fun show to work on also. Everyone loved it. It was a great experience for the kids and myself. Overall, I am just very proud of them.”