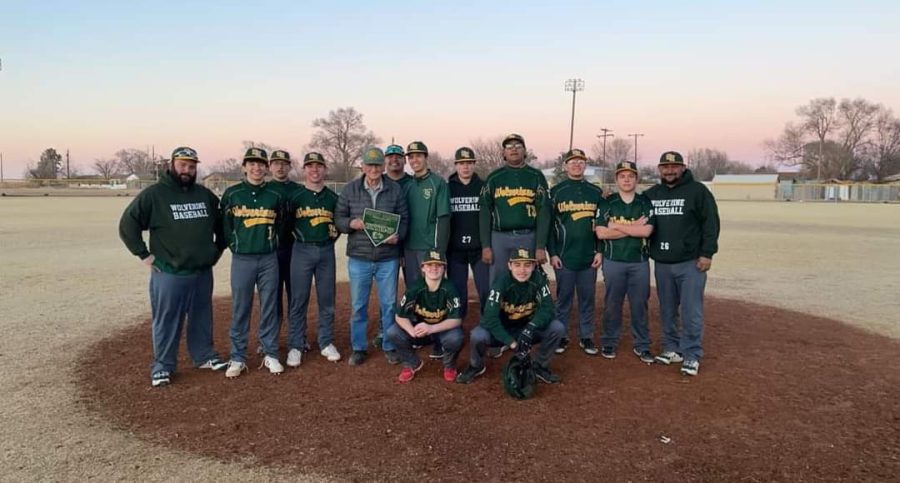 The SE Wolverines hosted the annual Shorty Barlow Classic Baseball Tournament on Thursday, March 10, and Saturday March 12, with Smyer, Muleshoe, Kress, Crosbyton, Floydada, New Home, and Olton in attendance. After beating Muleshoe and then Floydada 7-4, the Wolverines lost to New Home with a score of 3-4, making them 2nd place overall and runners up to Kress. Despite losing the first-place spot, the Wolverines performed very well for their first tournament this year.

“I am really impressed with how good we are doing at this part in the season,” sophomore Lynnsey Mahler said.

With it being as early as it is and having such huge success at the tournament, Coach Brian Mahler couldn’t help but be impressed as well.

“We were able to get a lot of games in and practice what we’ve learned so far this season,” Mahler said. “We pitched well, played well, and did really good.”

Not only were the games good practice, but it also allowed the team to notice what they need to work on going into future games.

“There were simple mistakes that can be fixed later on in the season. Some guys were new, and they were adjusting to how the game worked,” senior Josh Samaron said. “Our defense needs to focus on practicing our pitching. It’s what brings home wins and determines games.”

Even though they have areas to work on, each player had an outstanding performance and stepped up to the plate.

“Every individual was doing great things. They all deserve to be in the starting line up. We had Tyler, who is new this year to the high school team, working hard. Then, you have Davey who’s serving as a model for the other players and the freshmen, teaching them how to improve their game,” Josh Samaron said. “Each player showed up and proved they deserved to be in that starting line up. They should be very proud of themselves.”

Coach Mahler is proud of all of his team’s hard work and had fun being able to put on a tournament bearing Shorty Barlow’s name.

Going into their next game, everyone is excited to see how the Wolverines can implement what they have learned and hopefully bring home a win.

“I am looking forward to seeing what the rest of the year has in store,” Lynnsey Mahler said. “It’s going to be a great season.”