One Act Play Advances to Bi-District 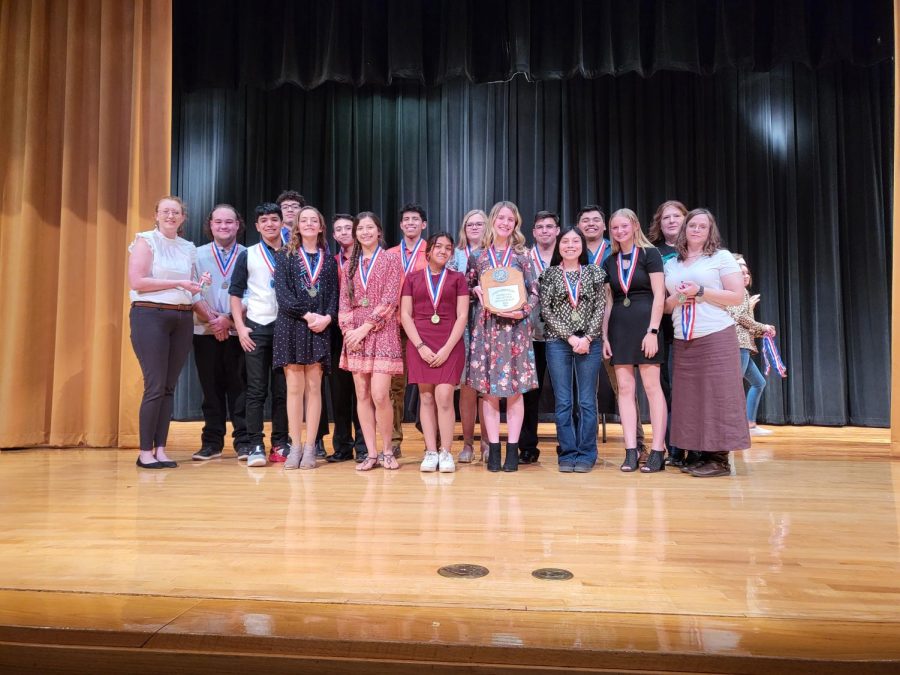 Sophomore Lynnsey Mahler, who plays The Guide, is one of 14 students participating in the play.

“Winning district was amazing,” Mahler said. “It was something I never even considered.”

Being the first-place team came as a shock to OAP members because of how incredibly hard it is for a comedy play to place.

“Usually, comedies don’t do too well so I was expecting second maybe even third,” Mahler said. “When they told us out in the hallway after critiques that we had won, it was so special.”

Not only did they get first place as a team, there were also some major accomplishments from individuals.

“Alex Alvarez got best lights, Katy got Honorable Mention All-Star Cast, Nehemiah Castillo and Oscar Flores both made all-star cast, and Xavyer Mosqueda was one of the best performers.” Director Cassi Furr said.

This year is frehsmen Nehemiah Castillo’s first year in OAP. He plays the role of the Tin Man.

“It was pretty cool to win district my first year of One Act, I really love our cast and our chemistry and just how well we all work together,” Castillo said “I feel like each of our characters fits us pretty well and it’s just overall a fun show.”