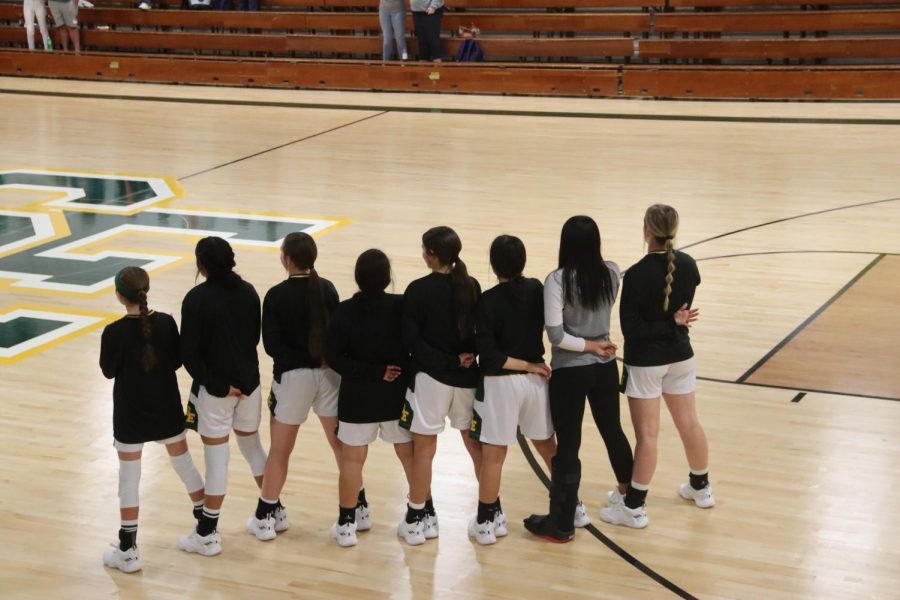 The Lady Wolverine basketball team traveled to Plains on Monday, of Thanksgiving break. Even though the game did not go the way they wanted it to with a final score of 38-55 (Plains) the Lady Wolverines’ heads are still high and ready to take on the rest of the season with improvements they took from the loss of the game.

The Lady Wolverines noticed what they needed to work on, and will use that to prepare for their next match-up against Sundown tonight.

“I think we can improve on starting our groove at the very beginning of our games with passing the ball around and scoring more as a team,” Toscano said.

After Sundown, they will compete in the Whiteface Tournament where they will face Petersburg at 12:00 p.m. on Thursday, Dec. 2nd.

“We just need to encourage each other more on and off the court,” Toscano said.  “I think this tournament will make us better and get us ready for district letting us fix some of our mistakes we make during those games.”

The Lady Wolverines need to be prepared for any team that comes before them.

“We have to go in to every game ready to play, ready to fight hard, run our offenses, and play tough defense.  No matter who we are playing and what we may think of that team,” assistant coach Sarah Weldon said. “We can’t ever let up, keep fighting till the last buzzer.”

This year the Lady Wolverines have three seniors and one of them spoke out on a goal she has.

“I would like to accomplish the goal of being able to earn a gold ball in the playoffs,” senior Micky Fuentes said.  “Earning a gold ball our senior year would be a final farewell to the game and each other, because it’s something that will have our names on it no matter where we are.”

Fuentes believes the secret to success is teamwork.

“If we can learn how to all be on the same page and think alike and be one, there is nobody we can’t beat,” Fuentes said.