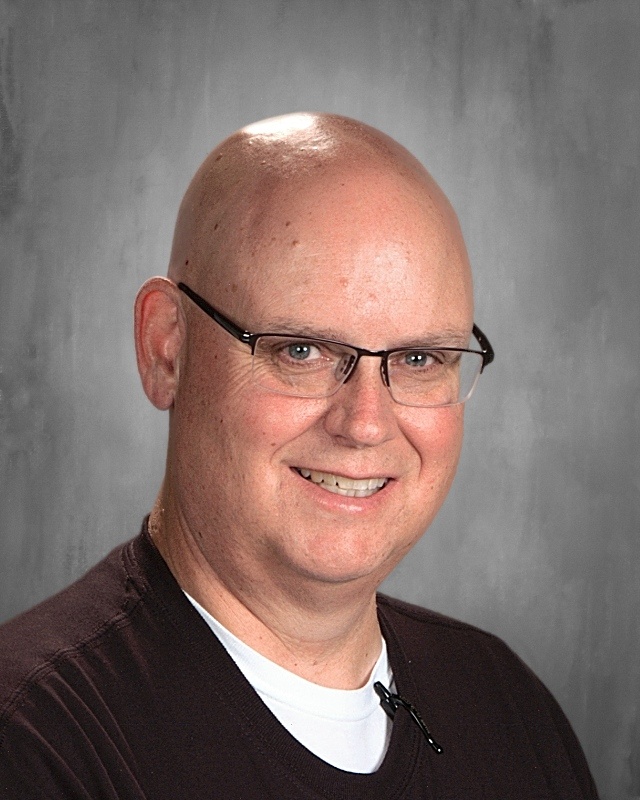 Bub McIver is the Elementary and Junior High Principal. Mr. McIver graduated from Perryton High School. After graduation, he received his Bachelor’s of Science Degree from Panhandle State University, in Oklahoma. He then received his Master’s of Education from WT, then completed the superintendent program at LCU. He is married to the 2nd grade teacher, Jessica McIver, and they have three children. He also enjoys spending time with his family and running.

“We were both working at the Panhandle Assessment Center in Amarillo, Tx,” McIver said. “It is an emergency shelter for abused and neglected kids.”

Their three children are: Emily, Grace, and Moses.

“Emily is a teacher in Plano, and Grace is a sophomore in high school,” McIver said. “Moses is in 7th grade.”

Mr. McIver has been in the education realm for 28 years. He was employed by Dumas, Ingram, Perryton, Olton, Sweetwater, and now S-E.

“He came in under a unique situation, and we had to elevate our state assessment scores,” Dr. Denver Crum stated. “So one of the primary responsibilities that fell on him was to evaluate where our students and staff were in relation to the state assessments, and what steps we needed to take to improve on those tests.”

He has had to make changes in order to see improvements from the student community.

“And so under his leadership, we made a number of curricular changes, a number of ways that we looked at student data to inform what we need to be doing instructionally,” Crum added. “Then he had to align that with the state assessments and then ultimately did all the plans for all of the work.”

Due to Mr. McIver’s hard work, results were produced that were extremely necessary to better the Elementary campus.

“Recently our campus was recognized before the Commission of Education, which is a high honor with some of the highest test score improvements in the entire state which was remarkable,” Crum said. “So you know his job was to pull all the resources together to assess where we need to improve and then come up with plans to make that happen.”

“He is a go-getter and a person that brings energy, positivity, and leadership,” Mendoza mentioned. “He brings a sense of community and family to our campus.”

“He is a good principal and tries hard to make our school better and fun!” Herriage said.

McIver came to a realization that he could impact others, by being a principal.

“I feel that being a principal allows me to have the most impact on students and staff,” McIver added. “I get the most satisfaction from my job seeing students grow academically and seeing staff grow professionally.”

Sloane Beerwinkle, 4th grader, has been impacted by Mr. McIver.

“He is so nice to us, but hard on us too,” Beerwinkle said. “He lets us do fun things like Paw Pride and House Parties.”

Mendoza also believes Mr. McIver has the student’s education at the top of his list. She loves that he has brought the House System to the campus. There are 4 houses; House of Courage, Dreamers, Friendship, and Givers. Within each house are activities, competitions, and more.

“He has brought this, house system, and with the system, the kids really feel involved and like they are connected,” Mendoza said. “So, I appreciate him for doing that and being a great team leader.”

Herriage also enjoys the House System. Mendoza. Herriage, and Beerwinkle are all in the House of Courage.

“I think they are a fun way to have friendly competitions,” Herriage said. “It’s fun to be with other kids, younger and older.”

Mr. McIver could not imagine doing anything else.

“I love what I am doing,” Bub added. “I look forward to coming to school every day and working with the students and staff.”