JV Gets One Step Closer to a District Chamionship! 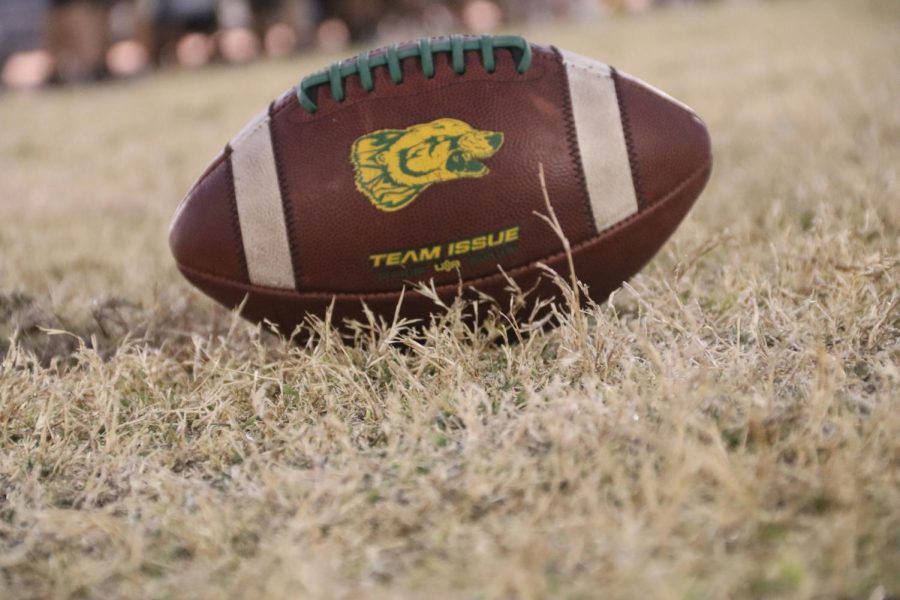 The JV team traveled to Petersburg last Thursday to take on the Buffaloes. With a great team and determination, the Wolverines stole a win, leaving the score 23-6. The Wolverines have a week off before going to Kress to play the Roos for the last game of the season.

Despite little errors, the Wolverines still played an amazing game. The whole team worked hard to stay ahead of the Buffaloes the entire game, leaving Petersburg with the loss.

“I think that’s some of the best that we’ve played all year,” sophomore Xayver Mosqueda said. “Usually, our biggest error is getting out from the first quarter, and just as soon as the game started, we just did a lot better.”

The Wolverines began with the ball, and sophomore Slade Beerwinkle made the first touchdown. Mosqueda kicked the ball and received the two extra points, making the score 8-0.

In the second quarter, Beerwinkle made yet another touchdown, and Mosqueda received the extra points for the Wolverines, leaving the score at 16-0 by halftime.

“Our running plays is what got them,” sophomore Alejandro Gonzales said. “They couldn’t keep up with the speed.”

In the third quarter, Gonzales received the ball and ran it up the field for a Wolverine first down. Gonzales then made the third touchdown for the Wolverines. Gonzales later went in for an interception during kickoff, injuring his ankle in the process. However, he kept a positive attitude. 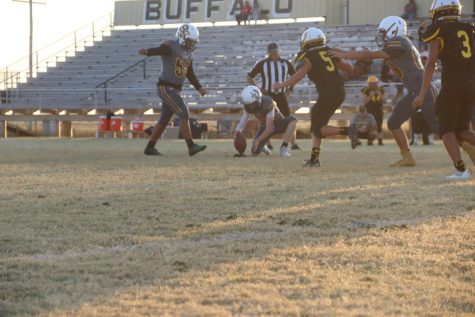 “I felt like I did get injured, but I got my last touchdown,” Gonzales said. “I felt pretty good about it.”

Petersburg had difficulty getting past the Wolverines, and the ball went over on downs. This left the score at 23-0 at the end of the third quarter.

“Because their Petersburg offense wasn’t very good and our defense wasn’t that good, that’s the only reason why they were scoring,” Mosqueda said. “We could have 45’ed them if we had a little bit better defense.”

During fourth quarter, Petersburg found holes in Wolverines’ defense and managed to score their first touchdown which brought the final score to 23-6.

“We just need to break down, get mostly tackles. Lately, we’ve been missing a lot of tackles, so we need to get those,” Beerwinkle said. “We need to watch the dumps, and play good. Spread defense.”

The JV team is working on their defense for next week’s game against Kress.

“We haven’t won very many. That one we started off very good with the ball. We just need to keep on doing that in the next game,” Beerwinkle said. “We win the next game, we’re district champions.”