A Tough Loss for the JV Football Team 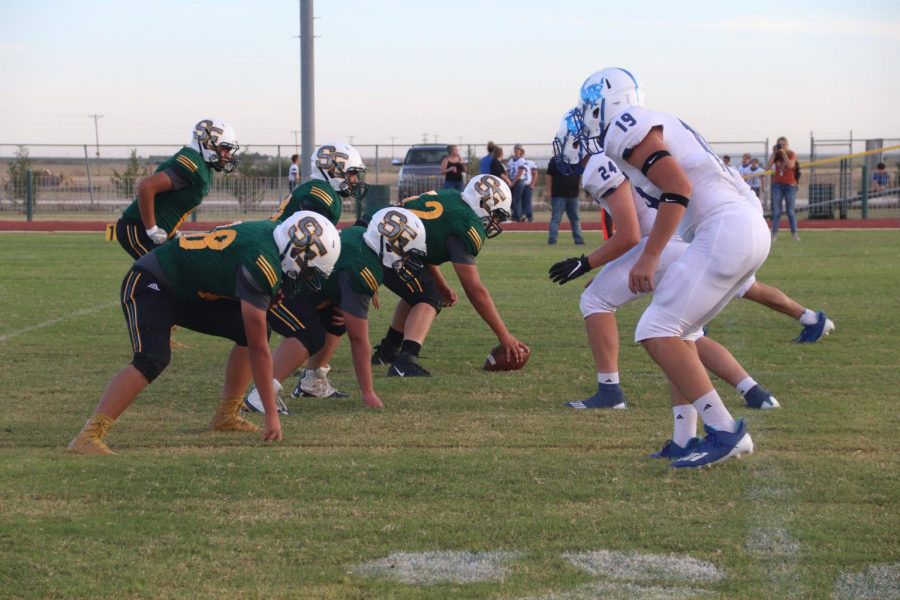 Wolverines ready to snap the ball

The JV Football team came up short to the White Deer Bucks at Wolverine Stadium, 8-33. Sophomore Slade Beerwinkle scored the Wolverines first touchdown with 2:52 left in the game.

“I feel like we worked really hard this week,” Coach Brian Mahler said. “We had to make multiple adjustments throughout the game, and we did a great job.”

At the end of the first quarter, the score was 0-7.

“Before the game, I felt good and like we were prepared,” freshman Nehemiah Castillo said. “I felt that we had a good chance of winning.”

With five seconds left in the half, Beerwinkle and sophomore Kysen Hall rushed the Buck quarterback, which led to an interception by Tyler Tanaro. Beerwinkle then ran the ball back but was taken down unable to score before halftime.

“To me, Slade and Tyler did pretty good,” sophomore Levi Shaw said. “Braden did good too.”

The halftime score was 0-14, and White Deer answered back in the 3rd making the score 0-20.

“I was a little disappointed,” Castillo said. “I know we could’ve done better.”

“We started to pick it up at the end of the game,” Castillo said. “We did better towards the end.”

“I thought after the game was over, that we played hard,” Shaw said. “I think I played pretty good too.”

The Wolverines will travel to Crowell to face the Wildcats on Thursday night.

“We just had a couple of missed opportunities,” Mahler said. “We have to learn from this game to prepare for Crowell.”